Gabe Newell trolls fans. Skip to the 6:40 mark for the money shot.

looks like the video was deleted. Also the 20 character min sucks.

Assuming this was the VNN video, I saw a stream announcement saying that the e-mail was a fake and the that the video would be re-uploaded with the fake email removed and a few new ones put in.

BTW, if you haven’t seen the video in question, VNN was going over Gabe Newell emails people had sent him, and the last email in the video was basically was someone asking Gabe if there would be another Half-Life game, and Newell hinting at something in the next 5 years. 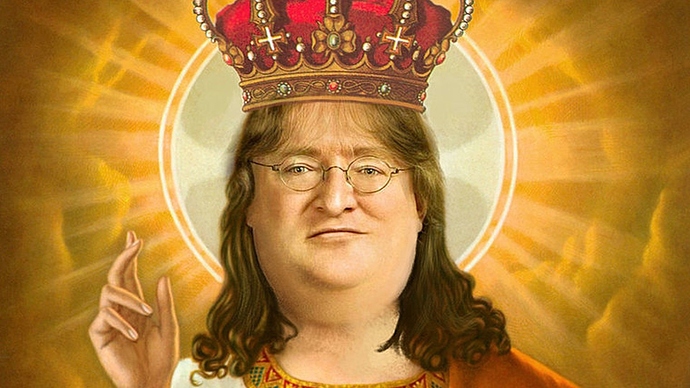 We should've known Gabe would never use a winky face

The video is not valid. What did you want to say?

We now know the video was faked, but here is the just of it.

When asked about the future of the series by someone wanting to know if he would be able to play a new chapter in Half-Life before his own life ends, Gabe replies: “Just don’t die in the next five years, or so, okay?”