I don’t know, with the resources that Valve has, I think its a little odd that they would announce it, but have zero screen shots or really anything other than a title and an image. They have the vive now, the piece they released before as a demo, the lab, I refuse to believe that they would focus on a card game with that kind of tech available. They are trying to launch the steam box and vr, I don’t think a card game will help move hardware, Imo. I also follow one of their devs regularly, he has a site set up with info about whats going on and just general interesting things, and he seems to have gone radio silent for more than 2 months now. Its just fishy. There are 2 movies in the works, Portal and Half-life, that still haven’t been properly announced. Then a half gig update today for portal 2? Stuff for the sdk and to help with mappers, just seemed like a big update for just that, it also updated all the songs on the portal2 soundtrack which I find a little weird. Anyone else have thoughts on the latest from valve?

we didn’t see anything other than a 10 second trailer. I’m on the ‘artifact’s a joke’ side.
for some reason I think Valve’s trying to lower hype levels for the release of HL3 on October 10th, 2017 (or close that)

Why would it be a joke? Lol, the denial is just too strong.

Quite a few real games have been announced in similar manners.

The old Valve is long dead, guys, stop deluding yourselves.

The only time Valve jokes about making a game is when it’s a game people actually asked for.

Don’t you see?? It’s all an elaborate message to the TRUE Half-Life fans! 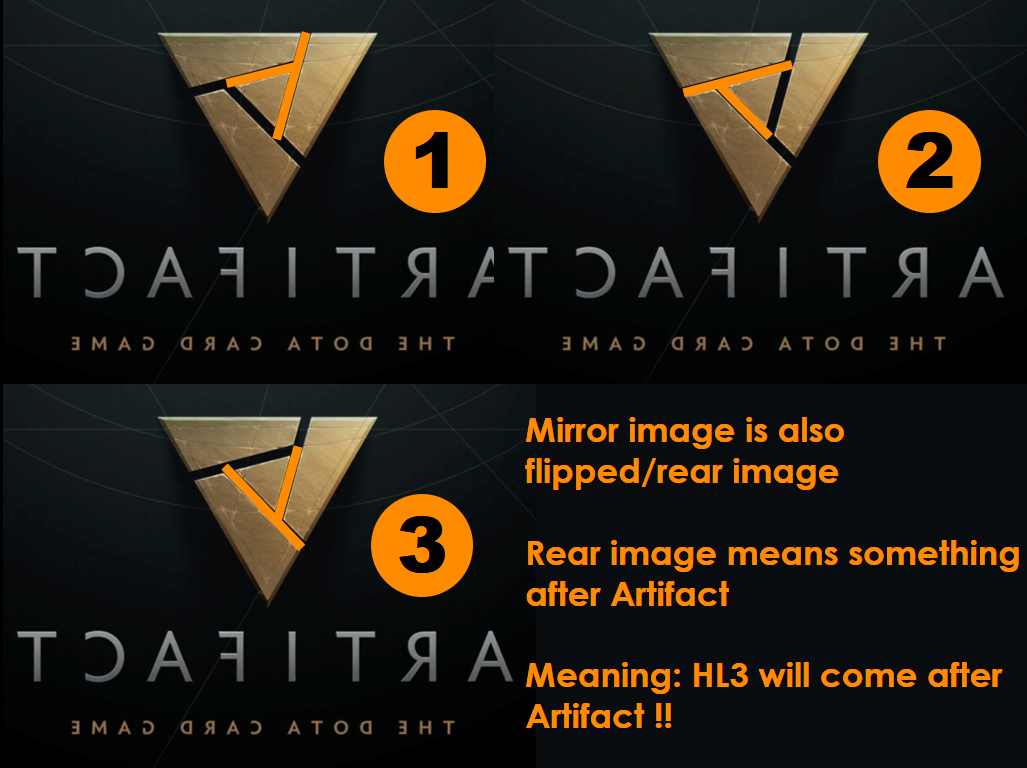 Reading through some more stuff today, found the word artifact pop up a couple of times in Half-life and Portal wikis… Something else I found that I thought was kind of weird, unused audio from Portal 2, Where Glados tells the bots that they found a human habitat and that there is an artifact she wants them to find, think of it as an archeological dig. The part that stood out to me was, she starts talking about how people surrounded it laughing, turns out theres an orange cat( I’m sure you know who) that likes lasagna, and eats all the lasagna, but its not the cats lasagna like he stole it, and ate it??? Maybe he will pay? Yes, I’m aware I have a lot of free time… I’m stickin to my guns though, I’m saying the Artifact game will be a new entry in the Half-life/Portal world…

This is among the funniest reaches I’ve ever read. I’m not sure whether to feel bad for you.

Its meant to be a little silly. That said, I still feel its a new Half-life/Portal game coming this year. But yes, the Garfield bit was meant in fun. A lot of what I write would be taken quite different if I could pass along the inflection in text.

Something else kind of weird, during the portal 2 arg, Why would Gabe say “Come on Gordon” when the portal 2 game has nothing to do with Gordon?

The Portal 2 ARG was like… 7 years ago? Whatever he said then doesn’t really mean anything nowadays, it’s too far off.