A better look for this game

The intention of this post, is to give my opinion and ideas maybe already thought, about things that should have happened but they did not happen, this are changes that would make this title more enjoyable, i hope they can be heard someday, i would like you to say with constructive criticism.

Side Note; these changes are things that can take from left 4 dead, such as (npc bloodpool) and (blood in hands and weapons).

Side Note; I do not mean so exaggerated, i want to say more striking, shocking.

Side Note; This is good because it could add more content to the game without needing to manage things that do not fit.

Side Note; just a little (scatter & recoil) for weapons does not even have to be much, the most important thing is what is seen moves the aim based on the movement as in the csgo.

8.- the arsenal, all weapons should have a secondary trigger, with an alternative animation and all weapons (except the hornetgun, and throwables) should have an animation to recharge following the logic of weapons clear, also should remove the shared ammunition of weapons.
Side Note; All those weapons changes that I propose are good ideas of how it should evolve in the future if you want, can add a difficulty that could be (classic that keeps things as they are).

Slot 1 - Crowbar, if the lever could be programmed to function as the melee weapons of (left 4 dead 2), in which sweep an area in front of the player, and not that point in the middle of the screen, also add a secondary attack, heavier.

Slot 2 - Pistol, it could be a glock model 20 - 10mm, 15 bullets, the secondary trigger causes it to fire a burst of 3 bullets.
Side Note; the fire-rate would be the same in burst but you will be able to shoot 2 or 3 bullets per shoot.

Slot 2 - Magnum i no like the fact it is a python, el modelo que mas se parece es un S&W m29 with 6 bullets, secondary trigger laser sight or who’s prefer a fast shoots.
Side Note, for me, the iron sight is out of context, I prefer a new mechanic as a laser sight with better precision or on the secondary trigger shoot faster by hammering manually with the hand.

Slot 3 - Submachinegun, the mp5 that you developed is almost perfect, only lacks the animation of recharging the grenade launcher.
Side Note; we should have the possibility to change it for an m4 with an m203 with its complete set of animations.

Slot 3 - Shotgun, the prefer model of SPAS-12C with a folding stock, and its secondary trigger should be switched to semi-automatic mode to semi-auto/pump-action.
Side Note; this change will improve the way of play of the SPAS-12C, because you can select in the moments of accion, semi-auto, in the moments more slower can select to pump for no waste ammo.

Slot 3 - Crossbow - the crossbow is perfect, only that they should improve the optical sight in one way or another, or place an animated sprite, to optimize the performance impact it has.

Slot 4 - RPG, the problem with the (RPG) is that it feels weak and light, should not be so, also has a (fire-rate) very high, should be slower, cause more damage, and a larger radius of explosion, be more lethal.

Slot 5 - Granada, should create something similar to what did valve with its grenades of csgo, you can choose between medium, short and long throwing game with clicks, the rest of this weapon is well elaborated, except the animation what can be improved.

Slot 5 - snark, the most significant change for this weapon would be that you could take the sack of snarks, and throw them when the sack hit the ground, they would jump from there 6 snark. 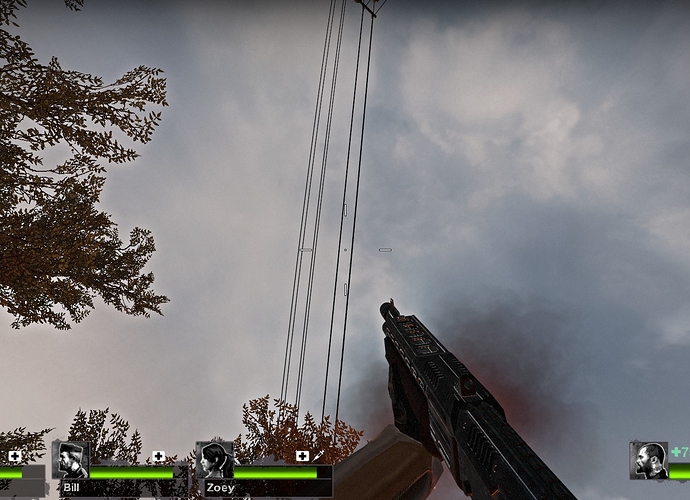 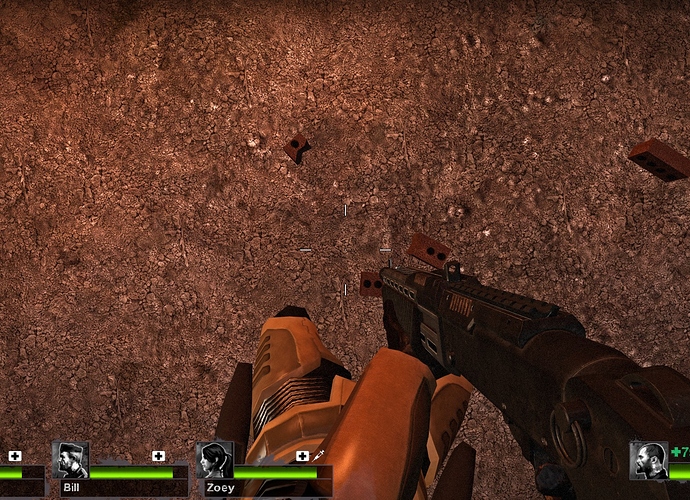 I don’t think you quite understand how large and sweeping the changes you’re suggesting would be, to say nothing about how some of these changes would fly in the face of series convention or lore. (A .40 Glock is a meaningless change, for instance, when most players won’t know the difference, and what you suggested for the “Gauss Gun” would be making it an entirely different weapon altogether)

Aside from adding new human allies (which could be implemented easily as scientist reskins, but wouldn’t be worth the manpower needed to make them since they’d only show up once or twice per model and characters take a lot of time) basically all of these suggestions would not only require changing how parts of the code work at their very core, but also drastically affect gameplay, which means damage values, enemy encounters, and the level design itself would have to be totally thrown out and started over to work with it. So the tasks you’re asking them to do would take the programmers a very long time, and also require the rest of the team to redo the majority of their work as well after that.

The game is very nearly finished, it would be a very bad idea for the developers to attempt any of this stuff at this stage.

I understand that in the end I’m late, “thank you for commenting in a good way” the point is that these are the things that would positively affect the game, i’m practicing the development of maps and redesigning some structures, if I’m lucky, someday I’ll be able to show what what I want to say Anyway, this is a discussion and what I want most is to know the opinion of the people before this. I have a complete glossary about what should and should not be. added to this title “or rather, this style of game”, anyway I am a big fan of Half-Life and “BMS”, and I enjoy playing them at that moment.