I’m trying to set myself up to get two different achievements by taking the hat and the pizza as far as I can. This is an area where you go through a door, then everything crumbles behind you and you’re attacked by snarks. This isn’t a normal door, however. The hat seems to go through just fine, but the pizza acts like there’s an invisible wall in the doorway and will not go through no matter what. 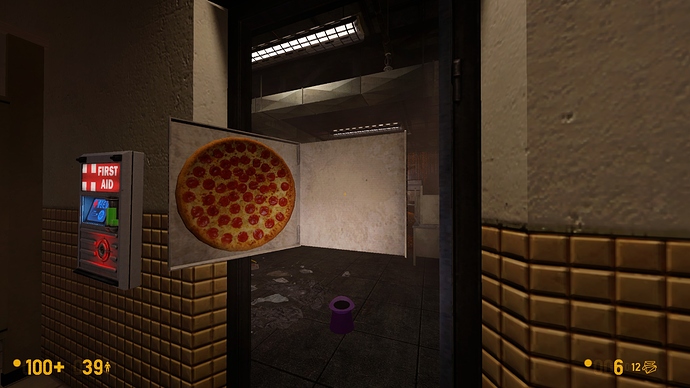 I ended up bypassing the bug entirely by going back down to the previous area, throwing the pizza into the air and shooting it with a crossbow.

Not a sentence I thought I’d ever say.
It made it all the way up there and landed itself safely in the area closely following the door that it wouldn’t go through. 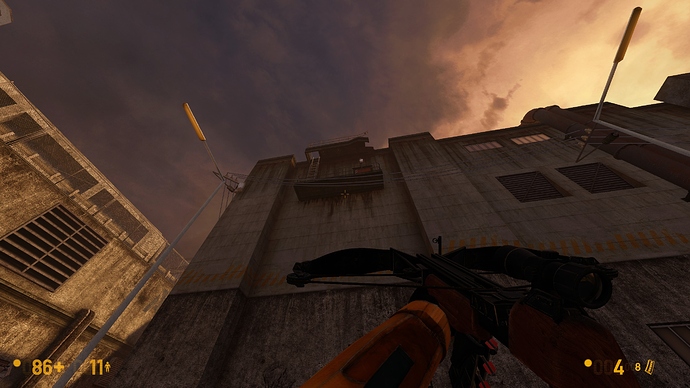 But, why? Just leave the damn stuff next to the guard post, you will be returning there later with the “last guy who has the Lambda codes”. Tis what I did.

Because… I forgot that’s what happened next and didn’t even think about it afterwards. Oops.

I still think it was worth reporting the bug, even if carrying it through there ultimately wasn’t necessary.

Having exactly the same problem with the Pizza at this doorway (not carrying the hat so can’t comment on that). Going forwards / throwing it through just acts like a wall, even tried walking backwards but it just drops to the floor as soon as it reaches the threshold and gets buried.

Which guard post can I leave it at? I’ve played Half Life many times so was some what aware of passing back through certain are but zero chance I can remember which ones and even then would never have really known if that meant truly the same map (so items would have been persistent) or not so would never have though to risk leaving them there.

End of the day if the Hat gone be taken why not the Pizza?